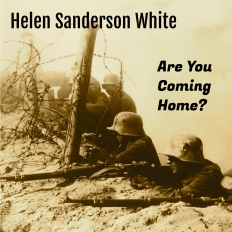 You can download the song Are You Coming Home? here

Back in the autumn of 2015, I had an idea to research stories about special people from Buckinghamshire. I started out with good intentions, but as with all of these things, the twists and turns of life got in the way. At the beginning of this year, I began to think about what I might do with this project; the working title was Heroes of Buckinghamshire but it needed some good stories. Hadn’t got that far, when I noticed an advert from the Centre for Buckinghamshire Studies on Twitter, asking for local artists, musicians, poets etc if they would like to submit works for the Centre’s World War One Centenary Celebrations this year. Within 24 hours, I’d signed up to write and create new material for their events this year.

Are You Coming Home? After visiting the Centre and speaking to the archivists, I was touched by the fact the men who left this county to fight for our freedom, were just ordinary people. In fact, many of the letters I read between soldiers and their families indicated that they were ordinary people with extraordinary stories and courage. Before war, they did ordinary jobs, going about their business with little indication of what they may face or may be expected of them in the future. For those left behind, the uncertainty and longing was palpable through these letters; their eternal hope was admirable. And really that’s where this new song begins… I wanted to chart the fact these were real people, whose absence created a gapping hole the lives of the people and towns they left behind. 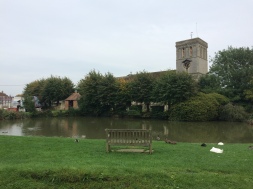 If you’re local to the Buckinghamshire area, you’ll notice in the lyrics, the line that states

“you rang the bells in the church by the pond”

I was talking about Haddenham at this point. It’s village between Aylesbury and Thame. If you get chance to visit the village, go and check out the church by the pond!

Don’t forget to download Are You Coming Home? here 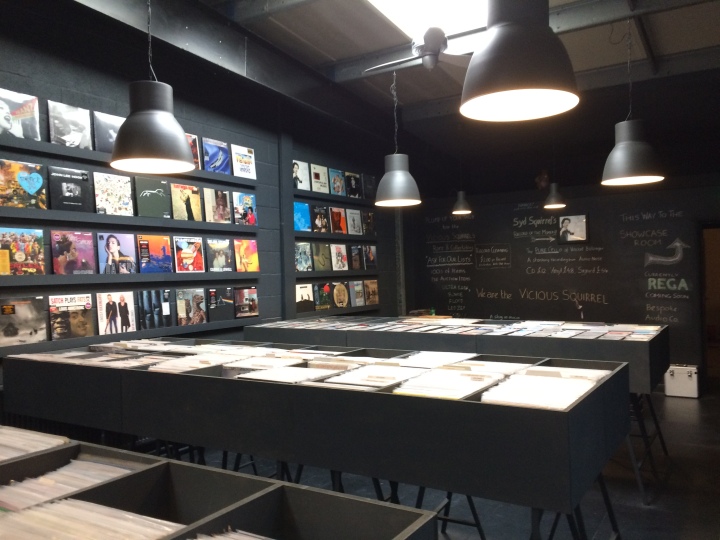 So vinyl is hot right now (probably one thing that it shouldn’t be!). Over the last few years Aylesbury has seen it’s fair share of record and music retailers come and go, indicating the precarious nature of the music business in today’s climate. However, there’s a secret that the town is hiding… The Vicious Squirrel, based at Deco Audio. A few days ago, I took a trip to visit the record store in its new home since relocating from the town centre. Now based on the Gatehouse Industrial Estate (it took some finding as I didn’t know that it was inside Deco Audio!), the store boasts a dedicated warehouse space that houses vinyl from a wealth of genres and decades. There is also a floor of turntables and a repair workshop on site which tells you how serious they are about music – it’s a love affair and they are going to help you make your vinyl collection dream come true! 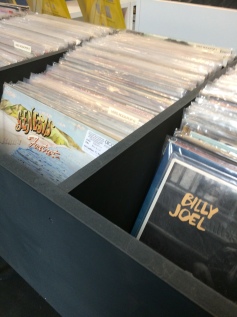 I was greeted on arrival and taken up the vinyl floor where I was offered a coffee to assist my browsing (if only I’d had more time!) which is great perk that other stores don’t offer. What I loved about this is that it’s record hunting for grown ups; time out from the kids and work to relive your childhood dreams whilst feeding your caffeine habit. The vinyl area is decorated with black walls that double as blackboards for the sales team to add on their favourite albums or record of the week recommendations. There’s even a vicious squirrel who watches over proceedings from his own top shelf… If you’re looking for new albums or old secondhand favourites, this store has got it all. The staff were knowledgeable and offered me advice on the best companies for reissues (and the worst too). I’ve since contacted them via social media and told them of my love of 80s Madonna and they’ve dug out some LPs for me to go and peruse. Attentive, good customer service is rare in this day.

My only bugbear is that their signage isn’t great, so it took a while to find the centre and it only opens three days a week. Give me records all day please! Notably I was the only woman perusing, which having worked in the music industry for decades I’m well used to, but come on ladies, get in on the seen! We know just as much as the boys!

The Vicious Squirrel have to some great events coming up in the near future. One that particularly caught my eye is the record fair from 30 August to 2 September, which quite frankly you all need to go and support! If you haven’t got a record player, why not??? Last night my evening was made perfect by George Benson and Pat Benatar whizzing around the turntable! The team also mentioned that they are keen to forge links with local bands and host album launches and music evenings. Aylesbury needs more opportunities for live music that extend past its established rock scene. They already have connections with Sweet Billy Pilgrim who originate from the town. 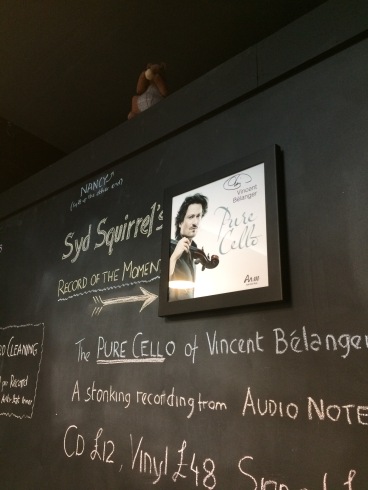