My daughter, Saffron, is making her recording debut with Darren Hayman. Saffron is singing the backing vocals on Blue Tinsel, Red Tinsel. She is only ten years old! Help them get a Christmas hit by downloading their song here. 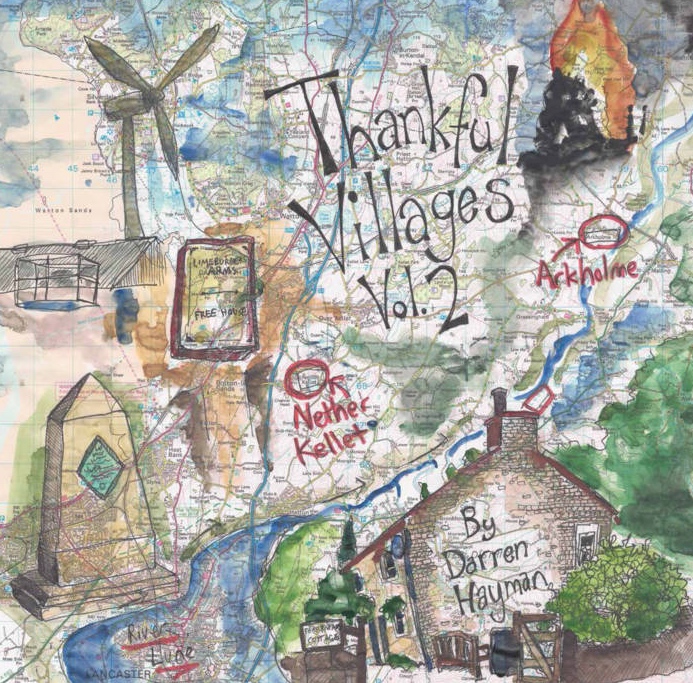 Well it seems a long time ago now, but last year I recorded some more vocals for Darren Hayman’s new project Thankful Villages Volume 2, the long awaited follow up album to Thankful Villages. You may remember that I sang on Darren’s Chants for Socialists album back in 2014 which was recorded at Kelmscott House in Hammersmith.

So…what is a thankful village? Well it’s a village where every soldier returned alive from World War I. This, when you think about the death toll during the first world war, is quite remarkable and to be celebrated. This is a very exciting project as it was supported by Arts Council England funding in a move to help preserve our history through music and art. In a world obsessed with filming everything on mobile phones and social media, history recorded through song and art seems quite refreshing.

Darren has collated well known, mysterious and often controversial stories from these UK hamlets, weaving a rich tapestry of history and intrigue from around our small island. He has been touring the UK over the the last few months, showcasing both the songs and also his beautiful artwork that was inspired by some of his visits to the thankful villages. I was lucky enough to be invited to sing the backing vocals on Wrigsley and I was also part of the choir on Arkholme. If you love British stories and folk music, check out this niche album! To hear Thankful Villages Volume 2 and download your copy, click here.

arted off with a bang! My first gig of the year was with Darren Hayman singing the Chants for Socialists at Union Chapel in London. Despite the fact that it was FREEZING, the place was packed and Daylight Music reported their highest audience turn out ever!   The whole event was amazing and the feedback has been wonderful! Definitely one to tick off the bucket list.

As you can see from the photo below, I was the shortest singer by far (and I’m very proud of that) and I think wearing a bright electric blue jumper may have been a mistake… cue the Smurf! Feel free to ridicule me about this, to be fair, my family already has; it was my daughter who noticed my fashion faux pas. It gets worse though, there are lots and lots of press photos of this event, so I will be immortalised forever as the singing Smurf… 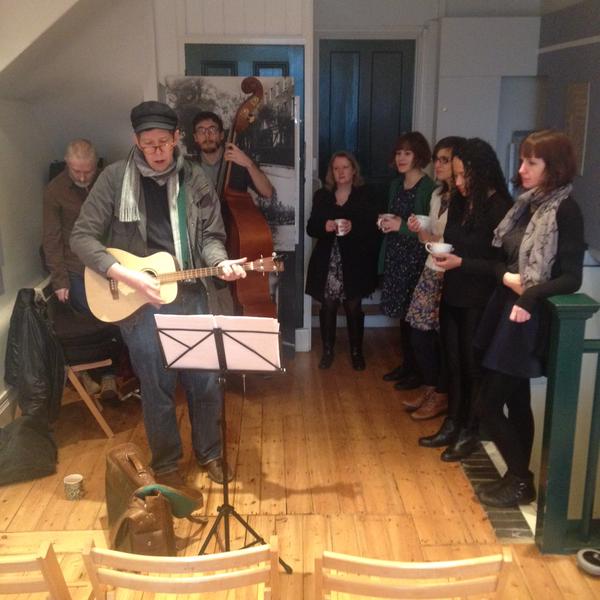 The beginning of February saw us perform the Chants at the William Morris Society in Hammersmith. A much warmer gig this time and smaller too and actually in one of William Morris’ houses which was exciting. There was an intimate audience of about 40 people as opposed to 650 at Union Chapel. There was a Q and A session afterwards which contained some hilarious and some what mysterious questions about the project. 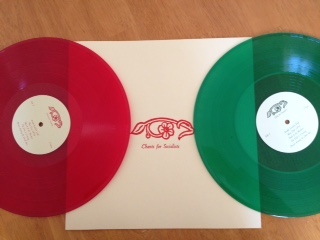 We were described as Leonard Cohen and the 5 Linda Rondstadts which let’s face it, is much better than being described as a singing Smurf. This photo was taken during our rehearsal hence why we’re all stood in our coats with cups of tea, however I think a mug could become the new performance accessory depending on it’s contents!

So if I started the year with a bang, how on earth am I going to top it? I’ve know idea, but watch this space… In the words of Saint Yazz “The Only Way Is Up”.