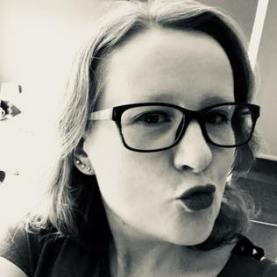 Yesterday I hit a wall with the lyrics for a new song. I stared at the same piece of paper for two hours. I played the same part for two hours. NOTHING. Typically the week before I’d written 90% of the song and then got stuck on the last two lines. For many songwriters, this is the point that is “make or break” as to whether a song will be finished or not. I played the song over and over in the hope that something would materialise, but no. In the end I did a Facebook Live session about my frustration (you can watch it here) and it turns out that many of you have been through the same frustrations.

There seems to be a perception that songwriters just write a hit song in ten minutes and its complete. In reality, there’s a lot of blood, sweat and tears behind each song. There’s more than an element of truth in the saying 10% inspiration, 90% perspiration. Often with lyrics, the version that lands up in the published domain will have had umpteen rewrites and edits to get to the final product.

So a morning was wasted. Or was it? It’s in these times of perceived lack of growth that our giftings really develop. We learn perseverance, tenacity, patience; all good fertilizers for creativity and art. We learn how to how practise our gifting: we can have all the talent in the world but if we don’t practise songwriting, our talent will never grow and flourish. We look for new ways of doing things, we try new techniques and we seek to understand the purpose of the barren season. We also learn to make the most of what we’ve got; I got two hours of piano practise out of my wasted lyrics session. That’s two hours of practise that I hadn’t planned but happened anyway.

So how did I break out of this lyrical dead end? A change of scene always helps; I went for a drive and a walk and cleared my mind of all the clutter. I pondered on what the song was really about… Had I conveyed the theme adequately in the current lyrics? Was there more that I needed to say? I also have several notebooks and cloud storage with ideas for songs which I plundered through looking for inspiration. Sometimes something that I scribbled down three years ago has relevance for the current song topic, so it’s worthwhile keeping old ideas for future projects. A couple of days later I wrote down a random idea that turned out to be the missing lyrics. Once the pressure was removed from the situation, there were the words waiting for me.

What I’m trying to say here is that all experiences whether bad or good can lead to growth and development. It’s the ability to keep going through barren seasons that lead us to have expertise in our field and the tenacity to deal with whatever our craft throws at us. Although we may want to quit and have an easy life, we gain more from continuing and seeing the task through. In The Artist’s Way, Julia Cameron talks about the “daily pages” where she writes down everything on her mind each day. I can’t say that I’ve ever had the time to do this, but I can see the value in practising a creative art form daily. If you are in the habit of writing, then you are more likely to prioritise it, and it becomes part of your daily or weekly routine. The same is true for any art form or project that you’re working on. So as I said in my Facebook live video, don’t quit, keep going, deal with where you are, find a way to make it work and the rest will follow.

You can listen to the new song You’re So Hard On Me here.